Say goodbye to plastic! The era of mobile wallets is coming 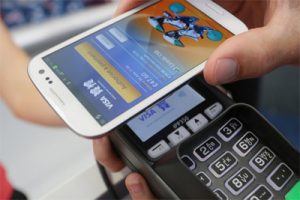 For half a century the civilized world does not think of life without plastic cards. However, having saved us from the need to mess with cash, “plastic” inevitably became a problem itself. Today, the average American carries only six bank cards in his wallet (and that is not counting all sorts of discount, etc.)! It is necessary to remember which and when to use, to pay for the issue and maintenance, to take care not to “light up” the room in a doubtful place. In short, there is a paradox: while remaining the pinnacle of financial and technical thought, the plastic card has simultaneously become a technological brake.

But everything goes to the fact that in the next year or two, we will finally get rid of the need to carry with us a large part of the plastic trash. Only since the beginning of the week at the Mobile World Congress, held in Barcelona, ​​two global initiatives have been voiced with a common goal: to exclude plastic from the payment equation.

The first and most interesting project presented is MasterPass from the well-known MasterCard corporation. Without going into details, MasterPass can be presented as a way to turn any digital device into a payment instrument, from computer to smartphone. Imagine: you come, say, to your favorite salon of clothes, choose something from lying on the shelves and … passing the cashier, go with the thing straight to the exit. There is no need to stand in line, rummage through your wallet, choosing which card to pay this time, torturing your wife, forcing her to find a discount card, to remember a PIN code.

Instead, choosing a thing to taste, you take out your smartphone, perform two simple operations on it, and at the exit from the store you demonstrate to the guard a check that appears automatically on the display. Everything. Purchase completed! And already until the fall, millions of North American, European, Australian retail chains, banks and airlines will be able to use this service.

The technical inside of this miracle is simple. MasterPass is an online service for storing numbers of plastic cards (“cloudy”, as is fashionable nowadays), provided by MasterCard. Before you start using it, you need to register (postal address and phone number plus password) and provide the service with information about the plastic cards you want to store in it. By the way, it is allowed to store not only “plastic” by MasterCard itself, but also VISA, American Express and a number of other card systems. After that, in fact, you can leave the cards at home: you can pay for a product or service anywhere in the world where you have a digital device with Internet access at your fingertips.

The purchase procedure described above bypassing the cash register, of course, will be available only in those stores where the seller himself wishes to sell it (such an innovative superstor is built, for example, by Ron Johnson, the “father” of the Apple Store; ? “). But even in those outlets where the buyer will have to contact the cashier in the old manner, MasterPass will make the buying process more convenient and safer. You don’t transfer anything to the cashier’s hands — so that he cannot, for example, write off your credit card number. Just spend your smartphone near the MasterPass terminal, automatically (long live the NFC!) Get an account on the smartphone, then log in to your MasterPass account and complete the transaction. If there is no NFC chip in your smartphone, you can receive an invoice by taking a photo of the bar code on the price tag (via the MasterPass application running on the smartphone).

Thus, having excluded plastic from the payment process, we not only lose nothing, but also get the opportunity to enter a new round of payment technologies. And not only MasterPass developers understand this, of course. Almost at the same time, another large-scale initiative was announced: Samsung became the general partner of VISA in the framework of the already existing V.me. system. In the next 12 months, Samsung will preinstall the PayWave VISA application on one hundred million of its mobile devices (starting with Galaxy S IV, the presentation of which is scheduled for March 14).

Do not be afraid of unfamiliar names. The V.me service is practically an analogue of MasterPass: the buyer also saves his plastic cards in V.me in the same way, and when making a purchase, he “waves” his smartphone near the NFC terminal.

Let’s better look into the near future. Taking into account the credibility of the participants MasterPass and V.me, we can assume that within a year, millions of outlets that accept plastic-free payments will be scattered around the planet and the Web. And people who pay for a smartphone or inquire about the possibility of such, will finally cease to be considered cranks. But can “electronic wallets” push out the “plastic” or at least substantially push it?

Expanding, MasterPass, V.me and others will inevitably come across at least three pitfalls. The first of them, and, fortunately, not so sharp as it was a couple of years ago, is the competition with its own kind. Today, only large mass-market e-wallets have half a dozen: MasterPass and V.me, Google Wallet.