10 interesting facts about Android that are not known to everyone 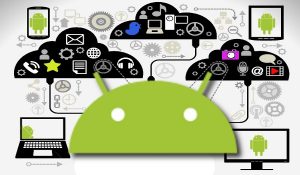 You probably know that Android is the most popular mobile platform in the world. Many have heard that the market share of this operating system still shows growth and over the past few quarters has approached an astronomical 80%, leaving Apple and Microsoft far behind.

Some will say that the popularity of Android is due to the openness of the system and a very wide range of devices, which in itself implies representation in all price segments. What is there to conceal, we agree that choosing a device on Android is much easier than on any other platform, as almost any manufacturer, ranging from unknown Chinese brands, to Samsung, LG, HTC, Sony, Huawei, etc. , used as the primary – OS from Google. And the high prevalence includes a large number of applications, and in turn, a large application store is working to increase popularity and so on.

Well, now let’s try to figure out how well we know Android and not in the case, “how to get root-rights” or “how to transfer applications to a memory card in earlier versions”, no. Today we will talk about ten facts from the history of this popular OS, which many do not know, and, by the way, each of them could dramatically change the market for devices, and it certainly would not be the way we see it today.

The Android development team, consisting of eight people, flew to Seoul to meet with one of the largest handset makers of the time, Samsung. Surrounded by twenty Samsung executives, Rubin, enthusiastically represented his brainchild. But, instead of interest and questions, he received nothing in return but “dead” silence. Then, a team of senior executives from Samsung spoke like this: “Are you going to create all of the above with just six people? You did not use anything before the meeting? “. In principle, this was all that was said in Samsung, practically raising Andy Rubin for a laugh. By the way, it happened two weeks before Google acquired Android along with the entire development team. As it later became known, the Internet giant was interested in the developers.

In 2005, Larry Page agreed to meet with Andy Rubin, and after he heard about Android, he not only agreed to provide the necessary financial assistance to the project at that time, Larry decided to purchase Android entirely. The feeling that the mobile industry must change very soon did not leave Larry Page and Sergey Brin, and they were convinced that very soon the IT giant from Redmond (Microsoft) would be the first to react to this change. Andy Rubin, as they say, was at the right time at the right place, and Google acquired the entire Android project for $ 50 million and accepted all eight people in the development team.

Fact # 3: Andy Ruby, the founder of Android, was initially interested in robots, an industry different from mobile operating systems.

And he was not interested in green toy crafts at all, but by real industrial robots, which save time and relieve people from monotonous work, help to optimize logistics, or, for example, turn on your car wipers when it starts to rain.

Fact # 4: The first fully compatible with 64 bit processors is the Android version 5.0 Lollipop.

If the 64-bit environment was optionally available for the first time in Android 4.4 Kit-Kat, then in the fifth version the outdated Dalvik was finally completely replaced.

Fact number 5: The first mass-market smartphone on Android was the HTC Dream.

Google had enough experience to recognize the threat posed by Apple’s first iPhone. Shortly after the presentation of the company from Cupertino, with the support of T-Mobile, Google released the first smartphone on its operating system installed on HTC’s Dream.

Fact # 6: Support for third-party keyboards was first implemented in Android version 1.5 of the Cupcake.

After the announcement of his first-born HTC Dream, which was equipped with a physical QWERTY keyboard and did not support onscreen text input methods, Google decided that the virtual keyboards were good enough and should be used. But not just any specific, but any from third-party developers.

Fact # 7: The reason why Android devices are so demanding on RAM is “garbage collection” Java.

When using Java, the so-called “garbage collection” process takes place. As soon as the Android user closes the application, all the “garbage” is processed in RAM.