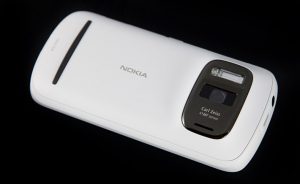 The Nokia 808 PureView smartphone became a real sensation at the February exhibition in Barcelona: a camera, unprecedented in mobile devices, and all this, together with a morally outdated OS, with no small dimensions and weight. The model turned out to be unusual. It may not be a sales hit, but it will enter its name in the history of the development of mobile technology as the first phone with a 41-megapixel sensor.

The smartphone came to us for testing before the start of official sales and only for a couple of days. Due to time constraints, some aspects of the Nokia 808 PureView were left “overboard”: for example, we could not verify the autonomous operation of the device in different modes. Since we are dealing primarily with an advanced camera phone, it was decided to pay particular attention to the photographic capabilities of the device.

How did you manage to put a 41-megapixel module in the phone? Can the Nokia 808 PureView replace a digital camera? How justified is the release of a smartphone with such a camera? Let’s try to answer these and other questions in the review.

Appearance
Heavy, thick and comfortable – so you can briefly describe the impressions of the body and appearance of the Nokia 808 PureView. On the background of modern smartphones, the Finnish device really stands out in weight and thickness: almost 170 grams and 18 mm in the area of ​​the camera. In this case, the model lies well in the hand, the index finger falls right into the base of the thickening of the block with the camera.

On the right side of the Nokia 808 PureView there are three controls at once. There is a dual volume control button, a screen lock knob and a separate key to activate the camera.

On top, there is a 3.5 mm audio jack, a microUSB port, a microphone for noise reduction and a microHDMI connector covered with a plastic cap. On the left side there is nothing, and below is the main microphone and loop for the strap.

On the front panel under the screen is an oblong plastic insert with three physical buttons: “Call”, “Menu” and “End Call / Turn On / Off”. Nokia 808 PureView turned out to be the most solid on the back side – a massive hump with a camera immediately draws attention to itself. The Nokia logo is located in the middle of the cover, below is a rubberized insert that gives the smartphone stability on a smooth surface. Under the back panel we will find the battery and the slots for the memory card and the SIM – in order to gain access to them, the battery will have to be removed.

The device is completely made of plastic, in our case, white. The material is rough, pleasant to the touch, in general, very practical. Build Nokia 808 PureView is perfect – a tightly knit “heavyweight” leaves the impression of a reliable thing.
Nokia 808 PureView Review with 41MP Camera!
Display
Thanks to ClearBlack technology, the 4-inch AMOLED screen pleases with a deep black color even in the sun and grieves with a resolution: 360 × 640 with such a diagonal is very little. With a pixel density per inch of 184 ppi, individual points are clearly distinguishable, especially on the round icons that Nokia loves so much. The display is protected by Gorilla Glass. The advantages of the matrix should include large viewing angles, which, however, is typical of all OLED screens.
If it were not for the graininess, the display of the Nokia 808 PureView could well be called very good. Given the high cost of the smartphone and comparison with other models of top-level, low resolution is attributed to the significant shortcomings of the model.

Interface
New running Symbian Belle Feature Pack 1 (aka Nokia Belle). The operating system does not look like a dinosaur from the past, but it is still far from the modern OS, although Belle is trying to copy many elements of some other platforms. From Android, for example, she got the notification panel and various-sized widgets, the design of the icons came from MeeGo.

The user is available up to six desktops, where he can place application shortcuts, widgets and contacts mentioned above for quick access. At the bottom of the screen there are three virtual buttons. The leftmost one opens the main menu, the middle one calls the dialer, and the right one – the menu. In the list of programs, the key for calling the main menu is occupied by the return button to the previous screen, and in the middle there is a link to search for applications.
Programs can be deleted directly through the menu, they can also be placed in folders. Many applications are preinstalled on the smartphone, not all of them are useful, but the necessary ones can be downloaded via the online application store. Installing programs is unbearably long: even a small application of a few tens of kilobytes takes about two minutes.

SplashPower - wireless charging devices!Humanity is dependent on electricity. Without it, millions of PCs will not turn on, trains will not go, planes will not fly. And where is electricity - there are wires…