The very first phones in the worldBefore the appearance of the usual phones for us, their prototypes existed. But electric phones did not become the height of achievement, they were replaced by mobile (portable) phones, which… 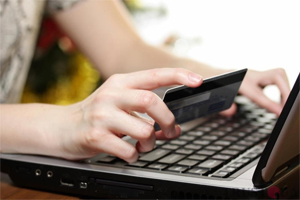 The most expensive mobile phones in the world

This year, apparently, the honorary title of the most anticipated mobile device will conquer the new iPhone 3G from Apple. However, for …

… connoisseurs of luxury may seem more interesting inlaid with diamonds of the iPhone from London jeweler Alexander Amos. The precious touch phone, which costs close to 40 thousand dollars, is on the list of the most expensive mobile devices in the world. However, even he pales in comparison with the Nokia 8800 Arte from the Austrian designer Peter Aloisson (Peter Aloisson), encrusted with several hundred diamonds and cost about 134 thousand dollars.

Super-expensive mobile devices made of precious metals, decorated with diamonds, today are no longer new. Companies compete only in the quantity and quality of gems adorning one or another mobile phone.

The trend, in which one luxury mobile phone appears after another, is not going to disappear. So, recently, the fashion house Christian Dior presented its stylish and very expensive phone. The famous manufacturer of Swiss watches TAG Heuer has created a no less expensive phone, the case of which is decorated with crocodile leather inserts. Premium-class car brands have created their mobile devices: Porsche, Lamborghini, Ferrari, last year unveiled a phone with Vertu.

Undoubtedly, super-expensive mobile phones are capable of attracting anyone’s attention — not least due to their luxurious design. When creating such devices, gold and platinum, precious stones, sapphire crystal, leather and even titanium are used.

The Nokia Vertu division is known to everyone through a series of luxury mobile devices. In April, Vertu unveiled a collection of mobile phones Constellation Monogram, timed to coincide with the 10th anniversary of the brand. Like all Vertu mobile devices, the Constellation Monogram phones are manually assembled in Europe. The phone case is made of steel with leather inserts decorated with Vertu monogram.
The limited edition of Mobiado Stealth mobile phones includes only 1,200 devices. All of them are made of aviation aluminum, which provides both lightness and durability. The display of mobile phones Mobiado Stealth is protected from scratches by durable sapphire crystal.

Aviation steel, ebony and sapphire glass are the distinguishing features of Gresso mobile phones. The Russian brand creates cases of its mobile devices from rare African ebony.
Toshiba unveiled some time ago a limited edition mobile device, called Cosmic Shiner. The 1,000 Cosmic Shiner phones are not so different from the standard Toshiba phones, except that diamonds adorn the case of devices.

One of the most luxurious mobile phones created by Austrian designer Peter Aloisson. The jeweler covered the body of the stylish Nokia 8800 Arte slider with several hundred pink and white diamonds weighing 21 carats. However, it is worth noting that Aloisson was engaged in the creation of expensive versions and phones from Motorola and Sony Ericsson.
London-based designer Alexander Amosu claims to be the first to encrusted the iPhone with diamonds. A stylish device from Apple, the attractiveness of which adds brilliance to diamonds, will cost connoisseurs of luxury mobile phones almost 40 thousand dollars.

The Christian Dior fashion house has entered the mobile market with an original solution: in addition to the stylish phone, Dior offers a miniature phone that can be worn as a decoration around the neck. The standard version of the phone costs $ 5,000, and the premium model, encrusted with 640 diamonds and decorated with alligator leather inserts, will cost 27 thousand dollars.
The TAG Heuer brand is world famous for its quality watches. In September, the Meridiist mobile phone, created by the designers of the brand, whose main distinguishing features are crocodile leather trim and a steel case with anti-corrosion coating, will be on sale.

The result of the joint work of two world-famous brands – Asus and Lamborghini – mobile phone ZX1 with a large touch screen and built-in GPS (approx. – According to the latest rumors, this project is frozen).
Fans of the Porsche car brand fully appreciate the stylish P’9521 mobile phone that can recognize the wearer’s fingerprint. The touch screen phone P’9521 is a joint development of the French company Sagem and Porsche.