When was the first spam sent out? 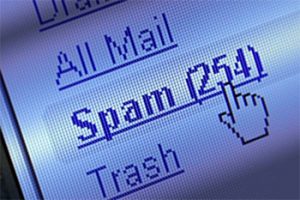 There is a saying “A blessing in disguise.” I would reformulate it like this: “There is no good without a blessing.” Any invention is conceived for the convenience of mankind, but ultimately there are always individual “bright” personalities who turn the pros into cons.

Here, for example, e-mail. It is now one of the main services of the global network. It is used by all, even those who are wary of “these are your Internet.” E-mail once and for all deprived of work ordinary mail. The volume of letters in envelopes with stamps dropped dramatically several years ago and continues to decline. Perhaps a few more years will pass, and only special letters will travel in the envelopes, with acknowledgment of delivery, which are sent by state organizations or lawyers in order to record the fact of the letter being handed over. Whether it will continue to produce stamps and art envelopes for collectors is difficult to say.

Although e-mail is now inseparable from the Internet, it appeared even when intercomputer communication only arose. In the late 1950s, all large computers already provided their users with the opportunity to type a text message on the terminal keyboard and send it to another user of the same computer. The “mailbox” address was the recipient’s name (login), under which he was registered, starting work with a computer.

Computers in those years were large, to one such “mammoth” could connect hundreds of terminals. Moreover, the terminals at that time were located not only on different floors of the same building, but they could also be located in different buildings of the same university campus and even in different cities. Therefore, the ability to send messages between users of even one computer was a very convenient option. It, of course, was readily used by all who used computers of that time. But the circle of these lucky ones was narrow, they were terribly far from the people.

In November 1971, programmer Ray Tomlinson (Ray Tomlinson) wrote a similar program that allowed the exchange of messages between different computers, united in one network. The address of the “mailbox” for this program was the name of the recipient computer and the login under which the addressee entered this computer.

To separate these two words, R. Tomlinson used the @ (“at commercial”) sign, which later became an e-mail symbol. For techies, this icon on the keyboard was superfluous. None of them have ever used it. Why was it placed on a standard keyboard of both English and American typewriters? Because in the field of commerce, when invoicing and placing orders, the @ icon was widely used to replace the words “by price”.

Thanks to the Internet, this icon has become indispensable on Russian keyboards. In the Russian Internet, he received the name “dog”.

But before the emergence of the Russian Internet (as well as the Internet in general) was still far away. In the 1970s, the first intercomputer network ARPANET was just being created in the USA. The customer was a government research agency for advanced research projects (Advanced Research Projects Agency – ARPA), from which the name of the network originates. Large funds were invested in the ARPANET program, and many universities participated in the development of this network.

Even then, the future benefits of the network being created became apparent. Developing universities were scattered throughout the United States, from the Atlantic to the Pacific coast and from Canada to Los Angeles. For comparison: on the map of Russia such a “piece” of territory would be located from Moscow to Krasnoyarsk and from the Baltic to the Black Sea.

However, the long distances that separated project participants seemed to disappear after the research computers connected to the network being created. E-mail turned out to be an excellent means of communication, bringing together those who worked together on a common project. No one in the world, except these guys, used e-mail on such a scale. The participants of the project were not so many that the relations between them remained too formal. They all felt like a single crew aboard a sailboat, which sails under wind-filled sails, into uncharted distance, to the golden country of Eldorado.

Naturally, therefore, e-mail was used not only for official purposes. With it, you could congratulate a distant colleague on the upcoming holidays or happy birthday. Or to share the joy of winning a baseball team, for which you and your correspondent, it turns out, you are sick together. And, of course, why not express your opinion about the new computers emerging on the market, which both of you will have to master soon?

It was 1978 year. Gary Thuerk worked for Digital Equipment (DEC). Today this company no longer exists. But at that time it was the flagship of electronic engineering. The DEC company produced wonderful PDP minicomputers.